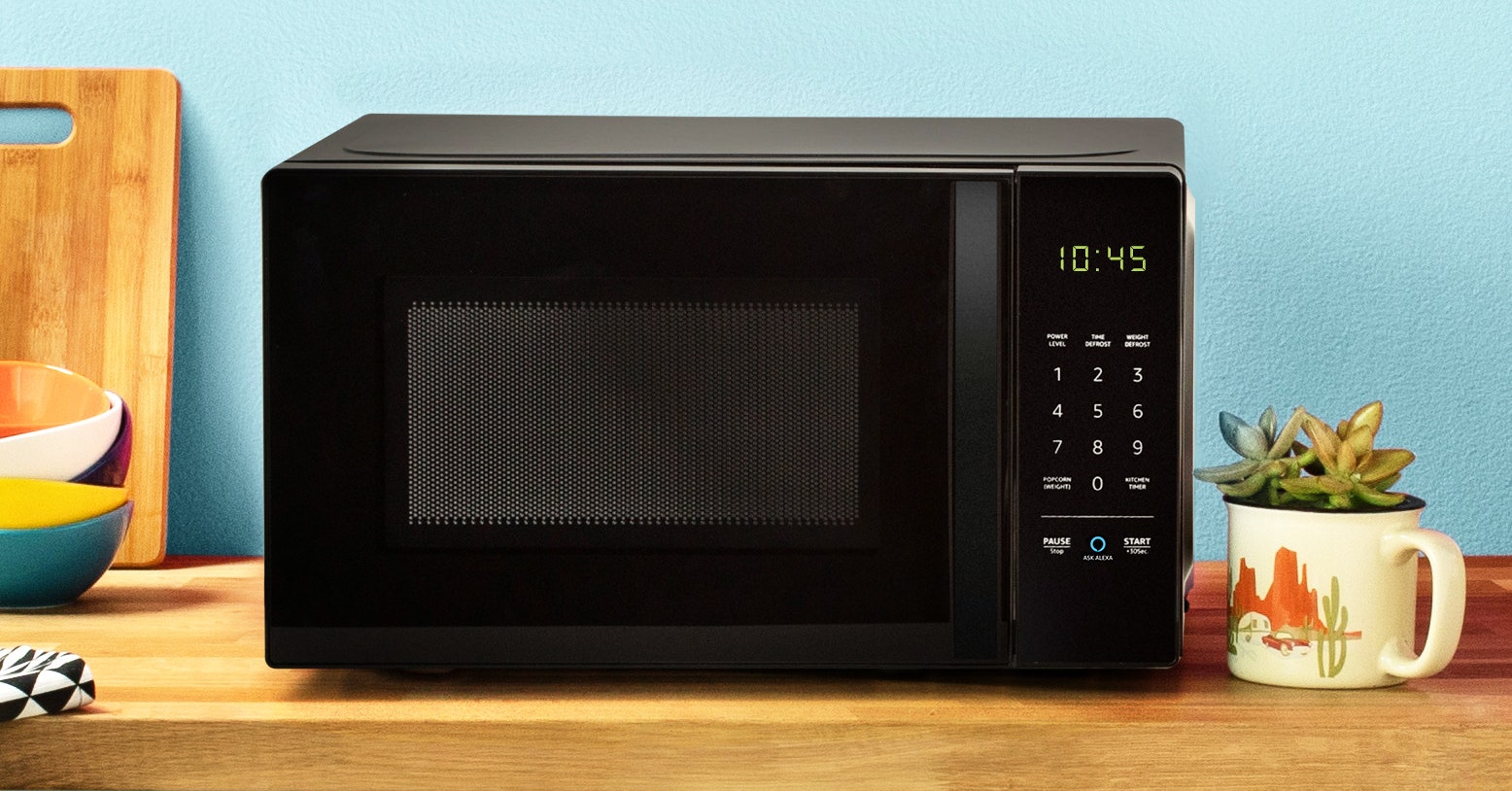 Amazon is all-in on Alexa, and this week, it revealed a new set of voice-enabled products ranging from a a wall clock to a doodad that goes in your car. The star and symbol for this bold new wave of Alexa devices? The AmazonBasics Microwave.

At a glance, it looks identical to every other 700W microwave, but it has some new tricks. By touching the Alexa button on it, you can ping a nearby Echo speaker, which will let you tell the microwave what you want to cook. In demos, Amazon showed how you could ask to cook “one potato,” commanding the microwave to heat a potato like only a microwave can.

OK, OK, so asking Alexa to cook a potato doesn’t sound all that profound. Many Twitter users poked fun at the idea, and some publications have suggested it’s “unnecessary” or wondered if “we really need” a smart microwave.

Of course, the answer is no. But if Amazon gets it right, a voice-controlled microwave could bring this dated device into the 21st century.

Regular old microwaves still work as well as they did in the 1970s, when they first became a thing people put in their kitchens. That’s the problem. It’s an appliance that’s hardly changed in half a century.

Most households own a microwave oven, but sales peaked in the mid-2000s and haven’t grown since. In 2014, Quartz dug into what it saw as the slow death of the microwave oven, pinning the lack of growth on a lot of possible culprits, from healthy eating to toaster ovens. But a lack of innovation has also contributed.

Microwave oven interfaces are deceptively complex, full of annoying button combinations. If you have a modern microwave, it probably came with 10 power levels and a bunch of pre-programmed modes to defrost, heat from frozen, melt or soften items, and cook a variety of foods. These handy presets can make the cheese on a slice of pizza melt rather than go rubbery, or heat two cups of frozen vegetables just right.

Most microwaves already know how long to cook something based on food type and portion. Unfortunately, they’re really difficult to remember how to use. Sometimes there’s a chart behind the door; other times, you have to keep the user manual handy to fully operate your microwave.

Here’s an example: To heat frozen vegetables in my microwave, you have to press the “cook” button, wait, then press 5, wait, then press 2. There are more than 80 button combinations that you have to memorize to use it precisely. A lot of microwaves are like this. It’s no wonder that most frozen meals just say “heat on high for three minutes.”

Every microwave has different presets with different button combinations that do different things. It’s more difficult than memorizing attack combos in Street Fighter II. No one should have to remember all that.

If Amazon gets its new microwave right, it could really improve the experience. Instead of using those horrible button combos, we could begin to tell our microwave the gist of what we want it to do—”defrost two cups of frozen peas”—and let it do the heavy lifting. The company says that at launch, the microwave should be able to defrost several types of foods, like vegetables or chicken, by varying the microwave’s power level, as well as adjust the cook time. It could mean a lot fewer undercooked potatoes and far less exploding tomato sauce in our future.

Standard microwaves can’t learn new tricks, but Alexa can. Amazon could continually refine the software with new foods, meaning a voice-connected microwave may actually get better over time. It’ll be no time before Google introduces one of its own.

Of course, Amazon’s microwave may not live up to its potential. We weren’t all that impressed with GE’s Smart Countertop Microwave, which also comes with Alexa compatibility. In that device, Alexa doesn’t actually vary the power level or do all that much.

And talking to the microwave isn’t always convenient. It takes less time to press the “add 30 seconds” button than to press the Alexa button, then ask Alexa to add 30 seconds. You can command Alexa to stop the microwave, but why would you do that when you could just push a button yourself? You have to open the door to get your food, after all.

Then there are the privacy pitfalls. Do we really want Amazon to keep a detailed log of all our microwave use? Overzealous data logging is a problem with almost every new connected device—and a microwave might not benefit us enough to make the privacy tradeoff worth it.

Amazon hopes the extremely low price will ward off those concerns. At $60, the AmazonBasics Microwave is nearly half the price of some competitors. That alone will convince some people to try it.

Microwaves are imperfect tech, and voice control alone can’t make your frozen dinner taste better. But there’s a good chance you’re not making use of the helpful presets already built into yours. If Alexa succeeds, and I can forget how long it takes to cook a potato or the mind-numbing button combination I need to defrost veggies in the microwave, count me in.