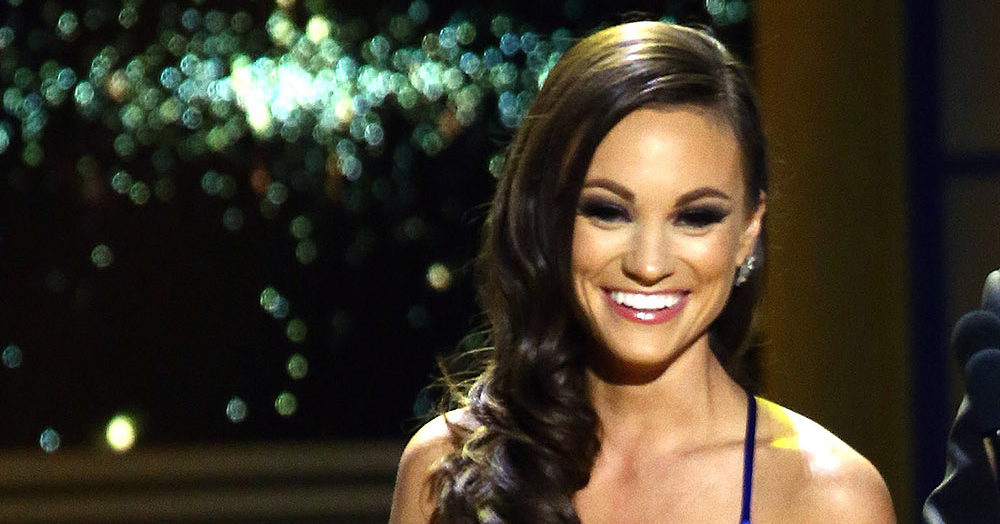 Emily Calandrelli, host of Xploration Outer Space and correspondent on Bill Nye Saves the World, thinks there aren’t enough female science geeks in fiction. She wants to help change that with her Ada Lace series of children’s books.

“What I wanted to do was create a character that was female who had these types of adventures and did these types of science experiments,” Calandrelli says in Episode 318 of the Geek’s Guide to the Galaxy podcast. “So that kids could have a female character to look up to.”

Science is a constant presence throughout the series, but Calandrelli (and her co-author Tamson Weston) never let the story get bogged down in technical detail.

“What we do in the book is we add just a pinch of science, and then for the kids who want to learn more, there’s basically a glossary of science in the back,” Calandrelli says. “So it’s a fun way—for the kids who really want to dive into the science—to be able to give them that information that they’re craving.”

She also wants to avoid the stereotype of science geeks as strange and socially awkward that appears in shows like The Big Bang Theory. “It’s giving these kids a reason to be proud of liking science and technology,” she says. “It’s someone that they can look at and be like, ‘Yeah, I’d like to be like Ada. Ada seems cool.’”

The books have only been out a year, but so far the plan seems to be working.

“I had a book signing recently to celebrate the release of the third book, and I had kids who dressed up as Ada Lace,” Calandrelli says. “It was an event that allowed them to rally their interest in science and come here so excited to show me that they love science and Ada Lace.”

Listen to the complete interview with Emily Calandrelli in Episode 318 of Geek’s Guide to the Galaxy (above). And check out some highlights from the discussion below.

“In parts of West Virginia there’s very little light pollution, especially where some of my extended family lives, so I just remember being this very anxious kid going to visit some of my family members that were 30 minutes off a back road, and driving to these places at night, and being in the back seat, looking out the window at the night sky, and trying to escape from this high-anxiety life that I’ve created for myself, looking out at the night sky and just imagining what it would be like to leave planet Earth and go to another planet, and just hang out with a bunch of aliens for a while, and not worry about grades, and not worry about all these problems I’ve created for myself. That was my escape.”

“I know that my parents’ ideas have been very much affected by my brother and me, who are very scientifically-minded and do our research on various topics, and then talk to our parents about these topics—who wouldn’t normally get that information from any other source. And so by educating our parents, when they go out and talk to their friends, they share the information that they’ve learned from us, and they’re kind of emboldened with these arguments that we provide, that we tell them, and I think that by them understanding the science behind it, and understanding the logic of what we’re telling them, they can share that logic with others. And so there’s that spidering effect where it trickles into other communities.”

“I wanted to give the people of our state something positive that they can share with their kids, a positive role model who’s a West Virginian, because we don’t have a lot of that. And so one of the stories that a parent told me at my last book signing was that her daughter was reading Ada Lace in the living room, not knowing who the author was—this was a parent from West Virginia—and the girl, when she got to the part where she learned that Ada was from West Virginia, ran into the kitchen and excitedly told her mom that Ada Lace was just like her. And it was just one of those things where I was like, ‘That’s exactly why I wanted to do that. That was so perfect. I couldn’t have made up that story better.’”

“Fewer than seven percent of people in Congress and the Senate—fewer than seven percent, basically, of our representatives—have a formal background in STEM, have a formal background in science and engineering. … If we’re not electing people who have a background in STEM, then we should be emboldening ourselves with this knowledge. Because if those people don’t, we definitely have to. We need to hold them accountable, because they are making laws that are affecting the internet, that are affecting climate change, that are affecting the safety of our foods, and various regulations that affect the foods and the drugs and the environment, and all these things that affect all of us. If they don’t have that knowledge, then we must.”