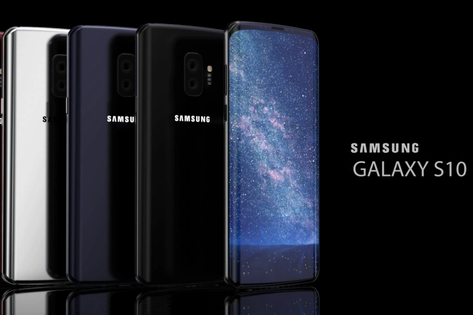 The Galaxy S10 is not what you expect. With Samsung determined to pull out all the stops for its 10th-anniversary model, new information has now revealed you will have to pay extra if you want its headline feature…

‘Great Secret Features’ and ‘Nasty Surprises’ are my regular columns investigating the best features / biggest problems hidden behind the headlines.

The ever-reliable SamMobile reports Samsung will not bring its long-awaited in-display fingerprint reader to the entry-level Galaxy S10. Instead, Samsung will have it “side-mounted” on the frame in an effort to cut costs.

Of course, the obvious question to ask is: Why would Samsung take such a risk with such an important phone?

The answer lies in a change of strategy. Samsung is expected to release three Galaxy S10 models, rather than the usual two with the third an ‘entry-level’ device. The problem at this stage is ‘entry-level’ is undefined: it may be a significantly cheaper option like Apple’s upcoming budget iPhone X or the standard model with the in-display reader saved for two new high-end options much as Apple did last year when releasing the iPhone X above the iPhone 8 and iPhone 8 Plus.

In my opinion, hope (and common sense) is Samsung will do the former though whether the Galaxy range can take dilution of its flagship range as well as Apple’s iPhone, remains to be seen.

What is an objective fact, however, is Motorola, Sony and Vivo have all previously tried side-mounted fingerprint readers on their phones and all without success.

Having seen both its phones and their sales stagnate in 2018, I commend Samsung for trying to do something different. Then again, with the Galaxy Note 8 also treading a risk path and Samsung determined to charge a fortune for its most exciting new phone, I do worry that fragmenting the Galaxy S10 on the range’s 10th anniversary is not the way to go…