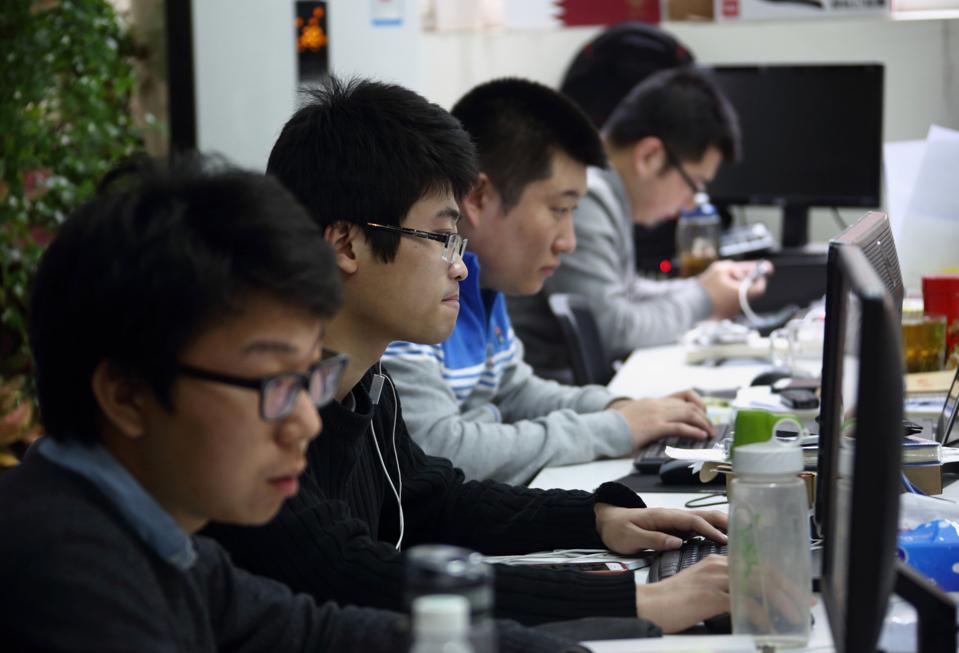 Workers use computers at their desks inside a co-working space for start-up companies in Beijing, China. (Photo by Tomohiro Ohsumi/Bloomberg)

After a record amount of money gushed into China’s technology sector and fueled eye-popping valuations for many private companies in recent years, venture capital is said to be drying up and startups should brace themselves for what some industry insiders describe as a “capital winter.”

That’s the view held by several China-based venture capitalists and research firms. Speaking on the sidelines of Forbes Asia’s Under 30 Summit in Hong Kong, a number of young investors and honorees from this year’s list say valuations for private companies in China will return to “more reasonable” levels in the second half of this year. They said “bubble-like” valuation levels had become prevalent in China’s private investment space, as investors poured a staggering 1.2 trillion yuan ($180 billion)— or 1.5% of the country’s gross domestic product— to fund private firms in 2017, according to Beijing-based research firm Zero2IPO.

“There is too much money in China. The not qualified startups are getting funding, and the qualified startups are getting even more funding,” says William Zhao, vice president of Bertelsmann Asia Investments, a fund with more than $1.5 billion under management. “They are good companies, but are they worth that much? I think there is a bubble in it.”

More On Forbes: China To Account For A Quarter Of World’s Top 100 Venture Investors In Five Year

But those days appear to be coming to an end. As Beijing seeks to contain financial risks in the world’s second-largest economy, venture capitalists are having a much more difficult time raising money. This is mainly because authorities are clamping down on riskier investments made by Chinese banks, announcing in April a set of far-reaching rules on their wealth-management businesses. Proceeds raised through such channels have historically accounted for a sizable part of venture capital funding in China, as they were often later used to invest in private companies for higher returns. This can also lead to significant risks as the success of early stage firms is by no means guaranteed.

According to Zero2IPO, in the first three months of this year, venture capital and private equity firms in China raised 206 billion yuan ($31 billion), a 30% decrease from the same period last year. In a recent website post, Wang Ran, chief executive of Beijing-based investment firm CEC Capital, predicted that venture capital funding in China could fall by as much as 80% by year end. For private startups, this means valuation levels would be reduced by 30%, as there would be less money to support their growth, according to the post.

“It is indeed getting very hard for a lot of funds to raise money,” says Patrick Song, chief executive of CEC Data Capital, a fund affiliated with a subsidiary of the state-run China Electronics Corp. “Now, investors are much more cautious in their investment strategy, and valuation levels for many companies are sure to come down.” 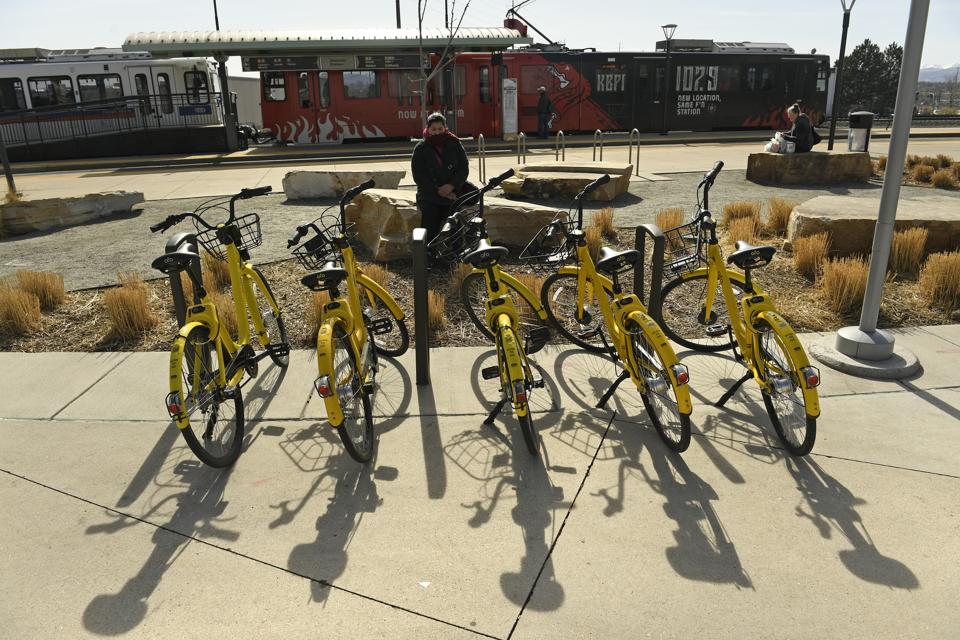 One area that has been singled out for criticism is the so-called sharing economy. In a recent editorial, the state-run Xinhua News Agency said there is a “bubble” in this sector, with companies rushing to launch various product-sharing schemes that don’t have a viable path to profitability. It cited the example of home-sharing startup Zhubaijia, which is similar to Airbnb, but has been suffering from mounting losses that totaled 87 million yuan ($13 million) in 2016 due to fierce competition and high operating costs. In early July, regulators de-listed Zhubaijia from China’s third stock exchange because it failed to file its 2017 annual report on time.

And some of China’s better-known sharing-economy companies are scaling down their operations. After expanding into a dozen global cities in the past two years, Beijing-based bike-sharing startup Ofo laid off the majority of its workforce in the U.S. to re-focus on China. Meanwhile, its biggest rival, Mobike, was acquired in April for $2.7 billion by China’s largest online services platform Meituan. And Guangzhou Yueqi, a smaller player that operates the Xiaoming Bike brand, went bankrupt last year amid fierce competition that has pushed prices down to less than 1 yuan ($0.16) per hour in China. The company has more than 55 million yuan ($8.2 million) in outstanding debt after deploying more than 400,000 bikes across the country since 2016, according to Xinhua.

Meanwhile, as it gets harder to raise money from private investors, a record number of Chinese tech firms are tapping public markets. So far, several dozen Chinese tech firms, including Meituan and the three-year-old e-commerce startup Pinduoduo, have opted for initial public offerings. But the hotly anticipated IPO of smartphone maker Xiaomi valued the company at only about half of its initially proposed target of $100 billion, signaling that the capital markets may not support the lofty valuations set during earlier fundraising rounds for these tech companies.

But this is not to say that China’s startup boom is over. According to CB Insights, the country was home to 55 unicorns, or private companies with a valuation of $1 billion or more, as of September 2017— a number second only to the U.S. And Ant Financial, the payment affiliate of e-commerce giant Alibaba, took over ride-sharing firm Uber as the world’s highest valued private startup after completing a $14 billion mega-funding round in June.

Moreover, investors seem to be especially optimistic of blockchain technology, the digital ledgers that underpin digital coin transactions. Although Beijing banned initial coin offerings last year to curb illegal fundraising activities, this technology of secured and decentralized data storage still holds a great deal of promises in China. It can be used in industries such as finance and real estate to facilitate faster and more efficient tracking of data and contracts, thereby improving efficiency. Investors are already making early bets now, predicting that blockchain will give birth to China’s next tech behemoth.

“Blockchain will be the next disruptive technology in China,” says Li Yao, partner at China’s Tsing Ventures, a venture capital firm affiliated with the country’s prestigious Tsinghua University. “It will take some time to be ready, but it definitely has a lot of potential in many different markets.”

More On Forbes: The Next Frontier For Billionaire Investor Jim Breyer: China And Blockchain