Andrew Lincoln is leaving The Walking Dead according to a new report.

Andrew Lincoln is leaving The Walking Dead sometime during Season 9.

According to Collider, Lincoln—who plays the lead protagonist, Rick Grimes, on the zombie drama—is on his way out and Norman Reedus (Daryl Dixon) will take over as leading man.

We all knew this day would come, but it’s still a little surprising to hear that it’s finally happening. Apparently AMC has offered Reedus “substantial compensation” to take over the leading role.

This raises some big questions, not the least of which is the headline to this post. Can this show survive without Lincoln? Will a Rick Grimes-free Walking Dead even make sense? And, just as importantly, can Reedus really carry the show?

Daryl is a great wing-man. He’s the strong, silent type. Indefatigably stoic. He looks cool when he rides his motor cycle, and he grunts ominously at bad guys before shooting them with his crossbow.

But is he a leading man?

I’m having a hard time picturing what a Daryl-led Walking Dead would actually look like. Daryl almost never speaks. When he does, it’s in short bursts. He’s driven by emotional responses to every situation. I’m not sure he’s ever had a plan (not that Rick’s plans are very good.) I like Daryl as far as characters on this show go, but he’s not really a leader. He’s a loner.

Daryl is a lone wolf, not a team leader.

Maybe in a show about a small group of survivors on the road, Reedus could be the star. Sadly, that is no longer what this show is about. It’s about communities in the zombie apocalypse, just trying to make a go of it in this crazy world.

On the other hand, Rick hasn’t been a very good character in a very long time. He’s been written into a few too many corners over the years, and ultimately the show has only ever managed to have him run in circles. He’s never really grown as a character. He hasn’t become a better leader or a better father or really ever learned from his mistakes. While they’ve flirted with making him Evil Rick, the writers can never quite commit to him fully breaking bad.

So Rick Grimes has been in a state of character development purgatory, never really changing in meaningful ways that actually stick. Both his rivalries and his romances lack any depth. His obsession with Jesse was discarded as quickly as it began and the next moment he was in a relationship with Michonne. The whole Negan sequence has been a disaster.

Speaking of Negan, will Rick’s departure also open the door for a more Negan-led show? Will Daryl and Negan be our new leading men together? Can Jeffrey Dean Morgan woo audiences? And what about the final of the Season 1 veterans, Carol? Melissa McBride is a good actress. Why not make her the lead?

Honestly, the whole thing is kind of a mess. I can’t blame Lincoln for wanting off the show, and I personally have lost my interest in Rick Grimes as a character. But without Rick, without Carl, what’s the point of this show exactly? Isn’t this supposed to be the story of Rick and Carl, a man and his son, navigating the zombie apocalypse? Without those two, it’s another story entirely. Audiences will have to decide whether it’s a story worth watching or not.

Something similar is happening on Fear The Walking Dead. Spoilers follow.

In that show, we’ve seen arguably the most central figure outside of Madison killed off. Nick Clark (Frank Dillane) was an incredibly important character and fan favorite, but he wanted off the show and now, slowly but surely, it feels more and more like a different story. Less about Madison and her children and more about the new characters and Morgan. That’s fine, I suppose, but it’s a big change and not everyone will like it. As much as I like the new characters, I’m not sure how to feel about it myself.

In  any case, if this report is true and Andrew Lincoln really is leaving The Walking Dead, it’s going to become something very different. It already went through a pretty major transformation when Negan and the Saviors showed up. In many ways, it’s already an unrecognizable show. It’s nothing like the earlier seasons. And it will only drift further from that with Lincoln out, and probably other major cast members to follow—Laura Cohen (Maggie) has a new show, for instance.

So we’ll see. After Season 8 I’m not sure that The Walking Dead can actually get any worse, so maybe this won’t be so terrible. 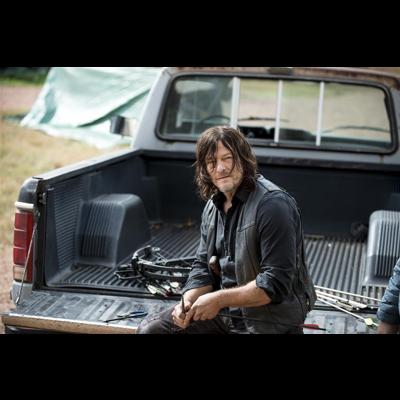